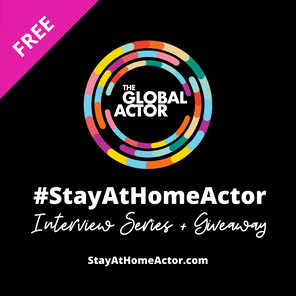 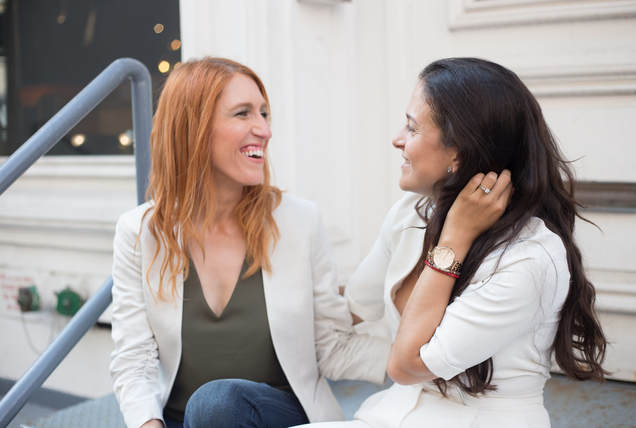 The #GlobalActor Power Group helps you "live where you want and work when you want". Don't let your zipcode define you!

I'm Elise Arsenault.  It's my intention to share everything I've learned as an actor who lives in multiple markets so you can refresh marketing materials, build on your existing industry relationships, and create more opportunities.

Whether your goal is representation in a new market, creating a new reel or booking your next job, I will strategize with you so you can get in more rooms, confidently book the work you deserve, and pay all of your bills from acting. 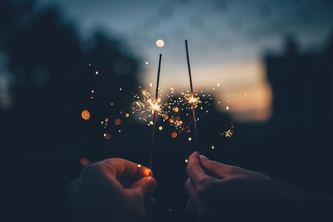 The Power Group Mastermind is now enrolling for January 2021!
More Details Here
Apply Now!
We'll connect over a phone call to make sure this training is the best fit for you. There are currently just 2 spots open for this opportunity.
NOTE: If you're looking for Private Coaching, Power Group is a thoughtful mix of private and group coaching. Let's get on a call to determine the best fit. Click APPLY NOW above. 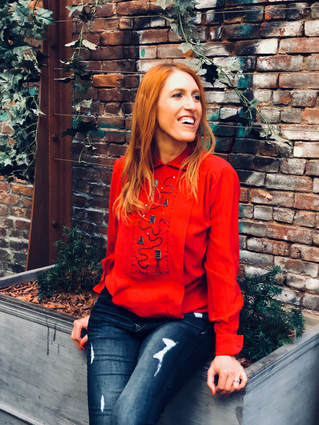 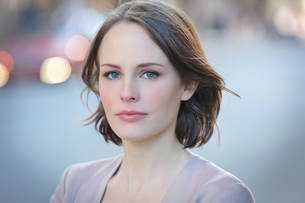 “Elise is spectacular at helping you set a specific action plan to get results, whether that's trying to get new representation or forming other industry relationships. But she's also great at getting you into the right mindset, as a human being, to be able to take those steps with joy and fearlessness. It's a complete approach, and it really works.”
​
- Ellen Adair
(Homeland, The Slap, Billions) 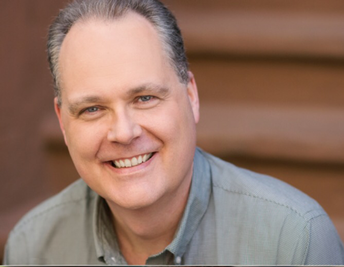 "I can confidently say 2018 was my most successful year as an actor. I booked my first voiceover gig, and earned over $14,000 from commercial acting work, which feels amazing! I can trace much of my success to the audition, mindset and marketing strategy I worked on with Elise in the Global Actor Power Group. Elise has a knack for helping actors communicate their intentions powerfully to industry professionals in a way that does not feel needy or pushy. She will definitely push you past your comfort zone— in a good way! I got so much out of her coaching that I’m back for more in 2019. As I write this we’re working on attaining legit representation, and booking more roles for tv & film. It’s the first week of the year and I already have a couple legit agents considering joining my team."

-Eric Leeb
(The Presidents Show, The Perfect Murder, Mysteries at the Museum) 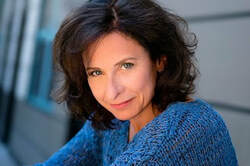 "Just over a year ago, I felt stagnant and scattered in my acting career. Working with Elise was a complete game-changer for me. Membership in the Global Actor Power Group gave me the focus and direction I needed to get organized, grow my network and begin to understand exactly what was in my control.

It’s been one year since beginning the journey with Elise and in addition to celebrating reaching my one-year goal this week, I have also gained the confidence and perspective to let things flow.  I now understand how to create buzz for my career and I can’t wait to set my next goal & attain it!  I wouldn’t have known where to start if it were not for Elise & The Global Actor." 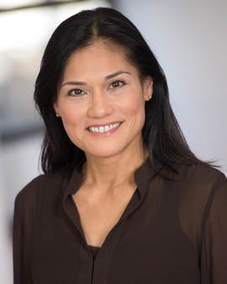 "I am ever so grateful to Elise for encouraging me to pursue recording audiobooks as a viable employment option as an actor. It was Elise who first recognized that I could and should narrate - something I had always wanted to do, but thought would be an impossible market to crack, or at the very least difficult to get in the door to audition for. Elise laid out the process for submitting, shared contacts and 6 months later I got a call to record my first book. Elise is not only a generous person and a professional business coach, her creativity as an artist is contagious. I use a phrase I’ve heard others say that describes what Elise did. It’s called 'sending the elevator back down' so you bring people up with you. I'm inspired to do the same with my resources. Thanks Elise for paving a path!"
​
​- Celeste Oliva
​(SMILF, Castle Rock, Bleed for This) 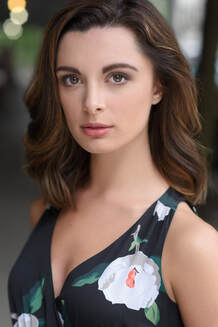 ​"I've just completed my first round of Global Actor Power Groups. Looking back, I am so proud of what was achieved over the course of 5 months. I never would have thought back when we started that by the end of this I would have a manager in NYC! Through Elise's guidance and network, I also recorded my first audiobook for a major publisher and have continued growing my industry relationships-- last week I was a reader for HOMELAND auditions. I'm signing on for another round and cannot wait to gain even more results!" 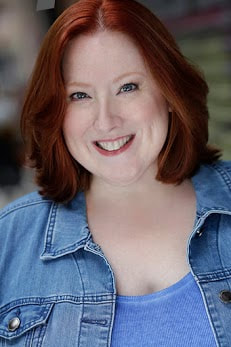 "Before taking the plunge and working with Elise’s Power Groups I was feeling scattered about which goals to pursue and how to focus my efforts with two “day jobs” sucking up a lot of time and energy. I was throwing a lot of spaghetti at the wall in the hopes that anything would stick. With my goal of breaking in to the audiobook industry, Elise worked with me on the various technical aspects I needed to understand and perfect – from ways to use the training I already had as an actor, to new and specific skills needed as a narrator. Through my work with her I refined that technique, figured out which genres I was best suited to, made a demo, and crafted reach-out letters. The beautiful thing about Elise is her generosity in not just helping you be ready, but in sharing her contacts. I booked my first audiobook through one of her referrals (about a third of the way into my second Power Group session) and am about to record my third audiobook (that's 3 in three months!).
None of this would have happened without Elise. It’s not just that she provides structure and accountability – she becomes your champion. She genuinely wants to see you succeed. I just renewed my third Power Group session because I have additional creative goals I want to pursue, and I know with Elise in my corner I will get farther than I ever could alone. She’s helped me feel powerful and confident – and I know it’s only a matter of time before my dream of saying goodbye to my day jobs and making 100% of my income as an actor becomes a reality." 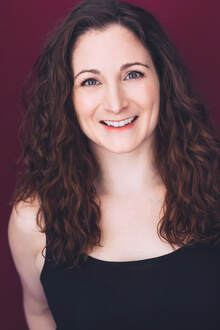 "Two days ago I was officially offered to sign with a theatrical stage agency in NYC.  I had no idea about researching anything until I started working with Elise.  She hit it within the first 20 minutes of our conversation that as a performer 'I am the CEO of my own company.' She taught me that I was auditioning the agent as much as they me.  I was cool, calm & collected in my agent meetings.  It was easy, because I was prepared." 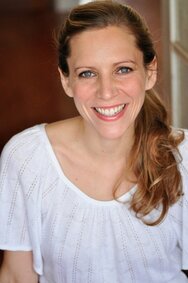 "A little background: I've tried a few video courses for actors/artists and found them full of content I didn't need, or wasn't confident enough to implement on my own. I don't prefer group coaching, as I'm the last to raise my hand, so I never get my goals addressed. Plus, most acting biz programs boxed me in to ONLY exploring acting goals, when my "day job," might actually afford me the freedom to pursue more art!

​That's why I was so very pleased when "The Global Actor's Power Group " solved all of this. Elise is a -grounded, practical, smart and encouraging- sweetheart! Each group session gave me the private attention I needed. I could discuss both my "day job" and acting/artistic pursuits. I'm a fairly organized person myself, but having Elise to breakdown the homework every few weeks kept me on track!“

"Deciding to work with Elise was the jumpstart I’d been looking for in my acting career. Her coaching gave me the inspiration and momentum I needed to prepare to move to a new market, set new goals for myself and most importantly, start working toward those goals with a positive mindset. It was invaluable to have Elise help me gain clarity around where I should focus my energy. I saw results immediately. While I booked a credit within two weeks of working with her, the most exciting achievement is that now, everything feels like a win because the process is more fun and rewarding than it’s ever been. I’m no longer obsessing over the end game because she’s helped me design a day to day life I love. Trust me, you want Elise in your corner and I’m thankful to have her in mine!" 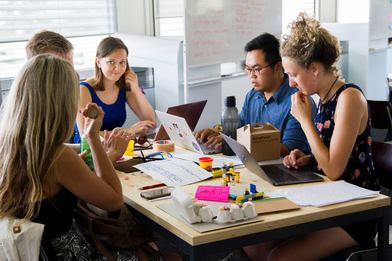 About your coach, Elise Arsenault 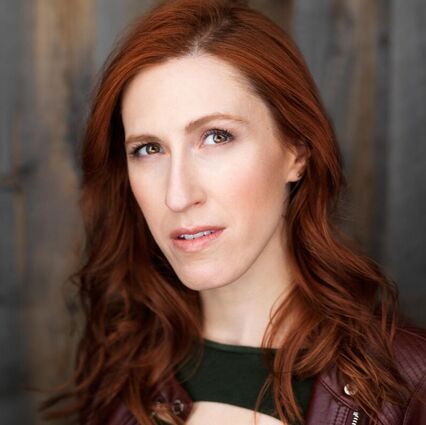 Working Actor + Career/Performance Coach + Founder of The Global Actor, Elise Arsenault is known for bringing focus + direction to actors' careers helping them "live where they want + work when they want". From NY to LA, Atlanta to Portland & abroad.

Elise's clients receive not only tangible results (more bookings, new representation, etc.), but a mindset to support it all! Elise is a Backstage Expert and has served as both director + producer for theatrical productions across the country. As a consultant + teaching artist, she has worked with institutions to enhance their arts programs through workshops and partnerships.


Clients include Washington National Opera, Smithsonian Institute and Missoula Children's Theater. She has also puppet coached several regional & educational productions of Avenue Q. Elise is a graduate of the British American Drama Academy at Oxford and George Mason University. Her training also includes several years of private improvisational training with Gary Austin (founder of The Groundlings) and private voice & acting training with Thom Jones (voice/dialect/text coach to Ben Mendelsohn & Nicole Kidman, among others). She holds a certificate from the Vocal Pedagogy Workshop at Boston Conservatory.

She and her partner, Justin, co-own The TreeCave, a full-service recording studio where they love to collaborate with and serve their fellow voice actors and musicians in producing audio of the highest quality for each unique project. ​


Elise believes an actor’s quality of life is as important as career and wants actors to know:
“You don’t have to wait til you’re an A-Lister to live your dream life.”

As Seen on
Proudly powered by Weebly